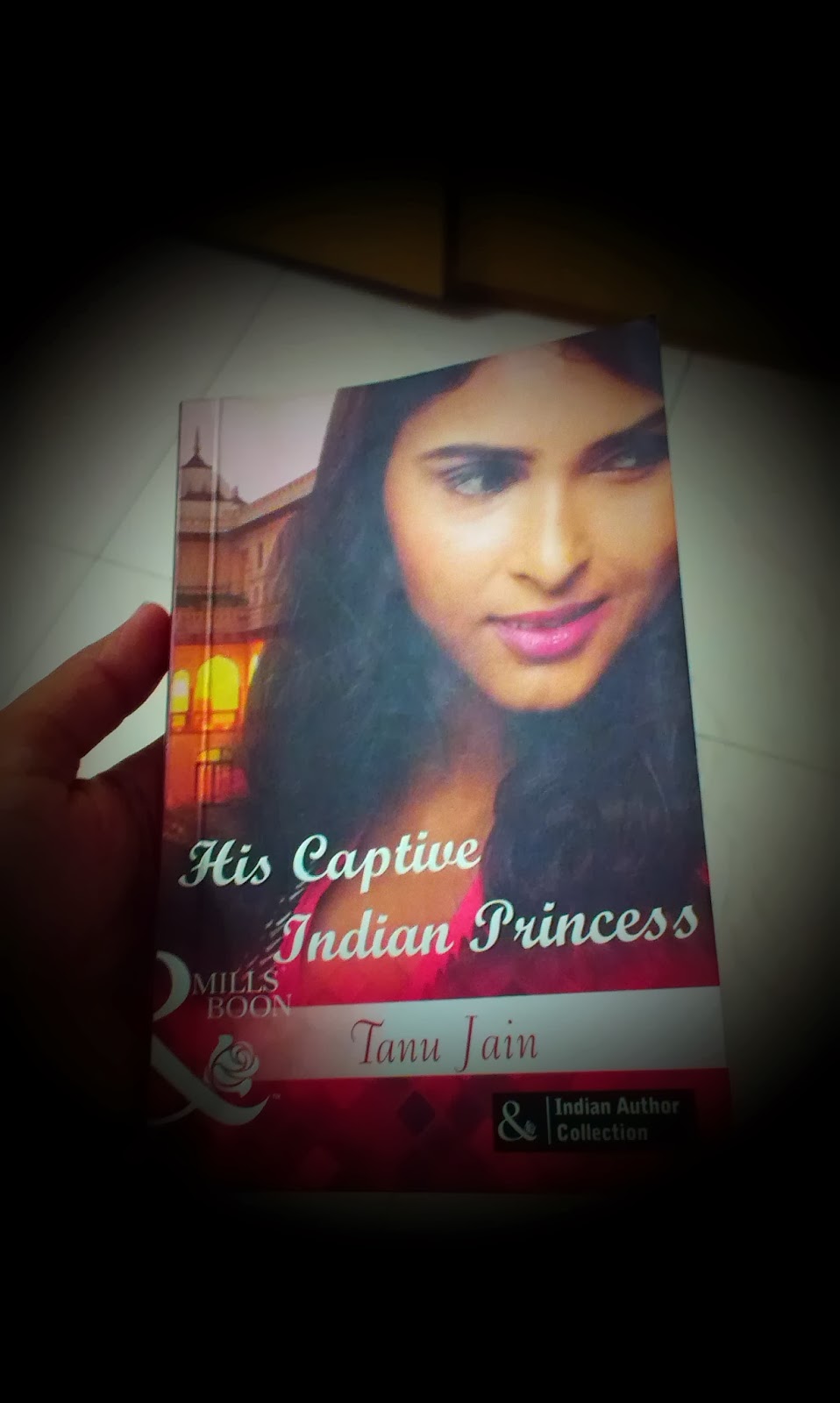 I am a romance writer too. And I have recently started writing Indian romance, for which one of my submissions was of a TDH named Vikramaditya Singh. While the fate of my Vikram is still in limbo, I chanced upon the lovely cover Tanu Jain’s “His Captive Indian Princess.” The captive princess’s doe eyes caught my eye and I read the blurb, following up on Google. And quel horreur! Her hero was a Vikram Singh too! Thankfully, he has Pratap for a middle name. So, it was with a lot of trepidation that I read this M&B romance which has a Woman Done Wrong at its core.
I needn’t have worried.
From the first page itself I was swept away: by the story, the setting (a lovely fictional place named Mogragarh), the action and the heroine Gauri Rao.
Gauri is a lawyer with terrible secrets, but her outward composure belies a heart as fragile as a bruised petal. Shunned and tormented by almost everyone in her ‘royal’ family one fateful night, Gauri runs away and manages to establish a new identity for herself as a young and upcoming lawmaker.
Maharaj Vikrampratap Singh, or Vikram as he is known, is a princely businessman with many burdens. He has only one goal in life. That of finding the vanished princess of Mogragarh and bring her home to the palace to make her pay for all the alleged sins she has committed. Did I forget to mention he is ridiculously handsome?
The action is swift, almost breathless.
Vikram finds Gauri and in the first of many charged, passionate encounters, basically orders her to drop her entire existence and do his bidding. Gauri resists, but Vikram maneuvers things so that she ends up going home with him anyway. To the land and people she’d left behind six years ago, especially her beloved Baba. She returns back to being Yuvrani Gauri Rao (lovely terminology), the illegitimate daughter of Maharaj Sambhaji Rao who is now in no fit state to rule.
Add in the grandmother from hell and an older sister who is selfish and conniving and the stage is set for a typical Cinderella story.
Jain’s “His Captive Indian Princess” could have gone several soap-opera ways, none of which could have complemented the poise of its achingly vulnerable heroine. Thankfully, it remains true to the internal conflict of Gauri who only longs for the love of a family that has always shunned her. She is forever the outsider, looking in. And yet discharges her duties out of love and compassion instead of a sense of holy vengeance.
In case you’re thinking she sounds like a complete pushover; she ain’t.
Gauri gives it back to Vikram as good as she gets, be it verbally or sexually. And in a particularly tense scene, even puts the grand dowager in place.
Vikram, the lonely, autocratic, RH prince of the nearby state of Bijagarh initially comes off as too autocratic and rigid, but becomes human halfway through the book. And his confused desire for the lovely princess has been vividly portrayed.
A thing I found a little difficult to digest was the first passionate encounter that Jain introduced. Acting the caveman would surely not be a suave, princely businessman’s style. But then again, passion does make fools of mere mortals so it can be overlooked. A real area of concern, at least for me, (the girl who would have been either a lawyer or a writer) was how young the lawyer Gauri was in regards to the prominent position she held in a charitable organization for abused women.
Do they really breed them that young, Ms Jain?
But, let me reiterate, leaving aside these and other minor weak threads, the well-rounded plot, crackling pace and crisp dialogue, coupled with the fresh royal setting that Tanu Jain has used with remarkable effectiveness, makes “His Captive Indian Princess” one of my personal favorites ever. For the subtle way in which family abuse is explored, for Gauri’s strong-but-vulnerable character and that scorching motel room scene, which was a delightful surprise in a completely Indian Romance.
Very much looking forward to the next gut-wrencher from the pen (or keyboard) of Tanu Jain. I heart and recommend it!